Grid-based performative granulation of up to four samples.


granchild is a granular grandchild. this script was born out of and inspired by @cfd90’s clever twine and @justmat’s inspiring mangl, both themselves based on @artfwo’s amazing glut script, which itself was inspired by @kasperskov’s grainfields. i consider this script to be a grandchild of glut, and child of the other two - using some ideas from twine (randomization in parameters) and some code from mangl (lfos, greyhole integration) and the engine of glut, to make a granular sequencer to fit my personal musical journey.

their are a lot of granulation scripts based on glut, here’s what’s different about granchild:

here’s how the buttons are laid out. use e2 and e3 on the norns to move around and k2/k3 to toggle things. the grid just mirrors the norns screen, so this script works just fine without a grid. grid 64 users: hold k1 to switch between the the first and second pair of voices. 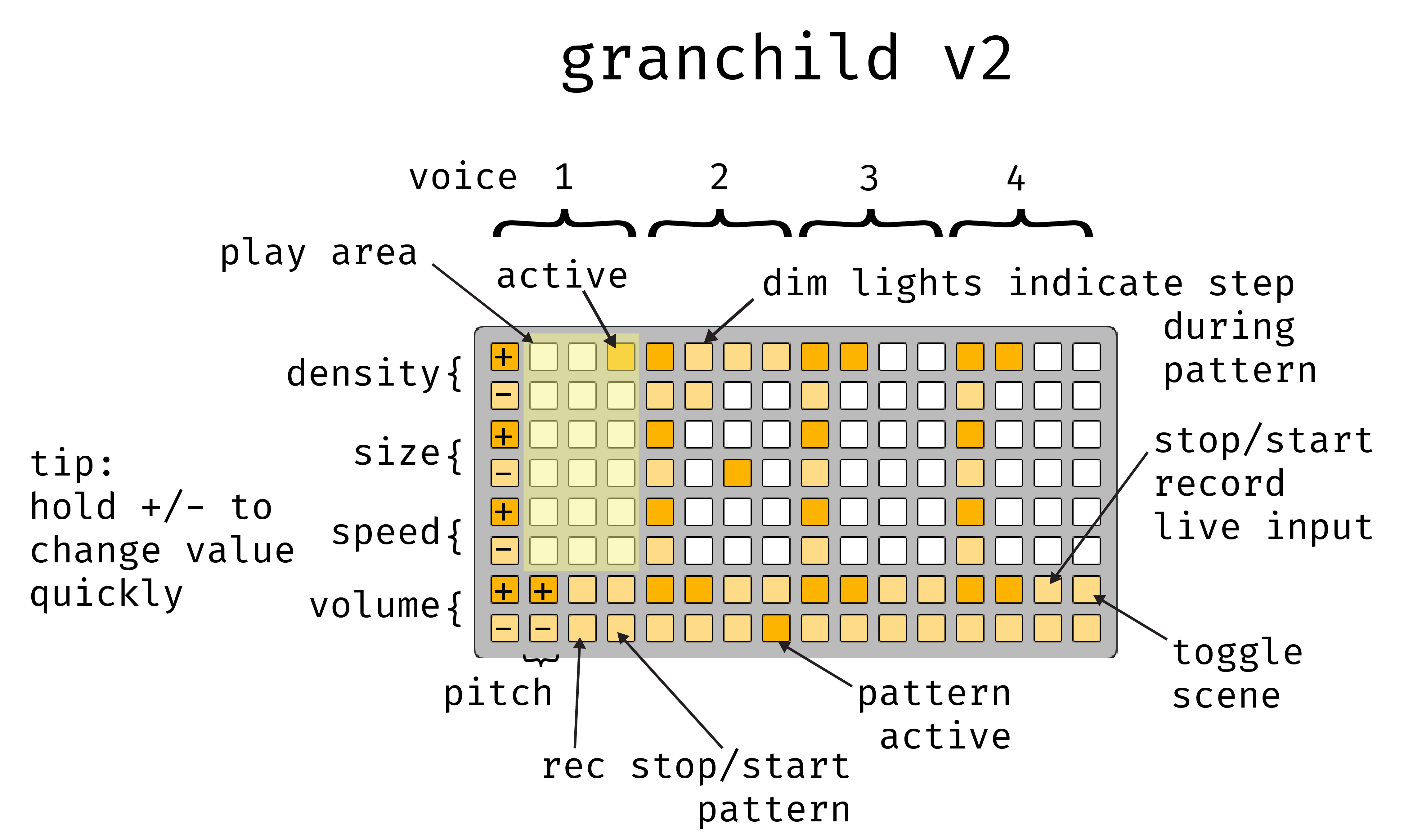 note: when you use the record button for live input, all recordings are automatically saved permanently in ~/dust/audio/granchild.

← Sample-based instruments for norns A grid-based keyboard for norns→